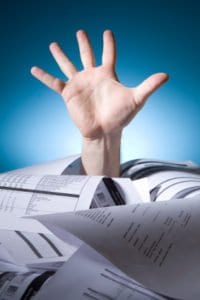 ETL stands for “Extract, Transform and Load”. ETL is a key process in the business intelligence and data warehousing arena- it’s all about automating data movement and building repeatable, robust processes that take raw data, clean it, fix it, enrich it, and then load it into a location where it can be easily queried and analyzed.

The opposite of ETL is referred to as “CPALAICES” which stands for “Cut, paste and link a lot in crazy excel spreadsheets”. OK. I made that up. But it’s what happens.

Another process is “CPLICADERIE” which is “Cut, paste, load into crazy Access Database, export and reload into Excel”. Yeah, I also made that up. But tell me you’ve never seen it done.

What is hard about automating data tasks with data from Google Analytics is that at first glance, it always seems easier to do in Excel, maybe you’ve even got one of the many very useful excell addins that use the Google Analytics API. And often, it is pretty quick… but think about it- for many tasks you don’t do them just once, you do them every month, or every week- so while you saved time at first, week after week you’re doing the same “faster” manual steps. Step back and it’s not faster at all. In fact, as they add up, you are spending more time every month pulling data out of Google Analytics and messing around with it in spreadsheets.

On the other hand, ETL jobs are designed to be run again and again- scheduled in fact, regularly. They might take more time to build at first, because they have to handle lots of cases (no lovely “I’ll just edit the data in Excel” fixes are available). But once built the effort to run each period- ZERO.

But sometimes, they don’t even take longer. Because with tools like Analytics Canvas, you can make rules that are robust- you can fail through to a default, or channel rejected rows to an error file, and monitor how much data is causing problems proactively. You can do things that in Excel are extremely complex.

But even if automating that weekly task takes three times as long as the manual steps you do every week- well, you can do the math, by week four, suddenly, you’re ahead. Every week after that? Pure gravy.

When you automate, you’ll be amazed at how much more you can do- drop that crazy spreadsheet, take the time to do it right.

And if you are in an agency, with multiple customers, then that automation goes right to the bottom line. You can generate reports and results for more customers for less. Doesn’t take a financial wizard to know that adding revenue without adding cost makes happiness sprout about.

Sign up for the private beta– as we open up the test group, we’ll look forward to seeing your automation in action.